With the CAN-IB100/PCIe Ixxat offers an interface board based on a modern and highly modular concept. The interface is available with a standard or a low-profile slot bracket.
The card contains one or two CAN channels but can be extended modular with a combination of CAN bus (high and / or low speed) interfaces up to 4 channels. Thus the CAN-IB100/PCIe can be deployed optimally for each desired application. 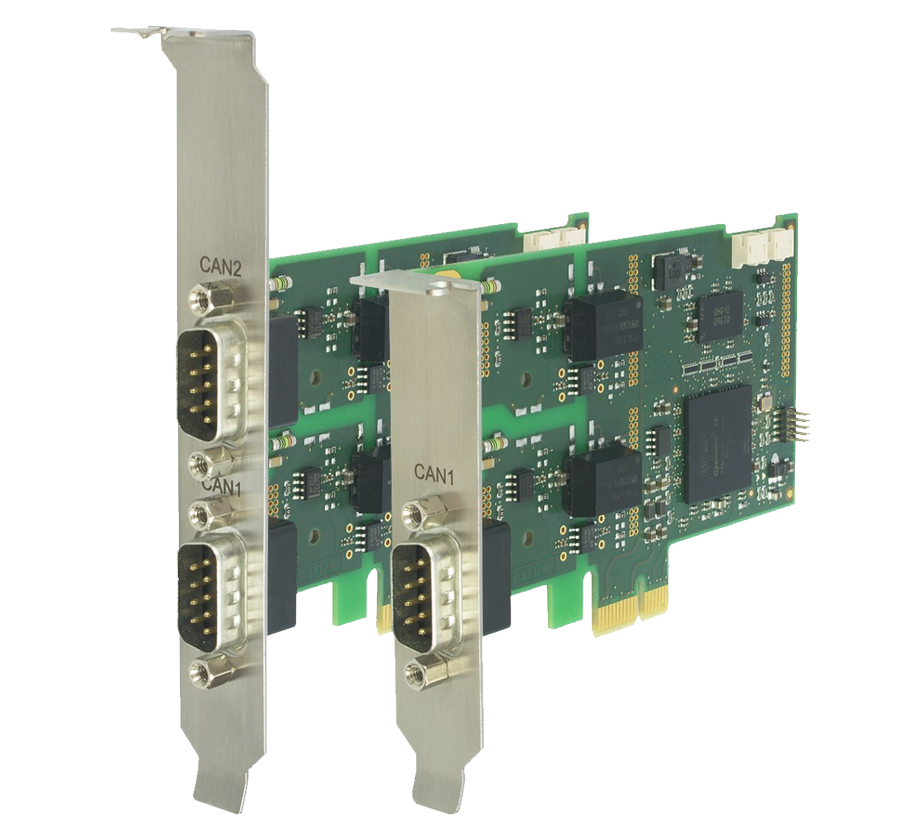 Using an expansion board and field bus expansions, the CAN-IB100/PCIe can be customize assembled. 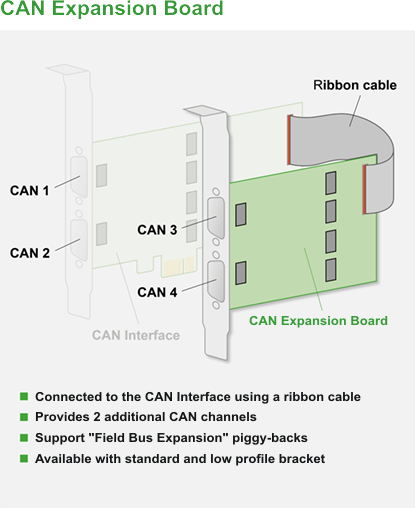 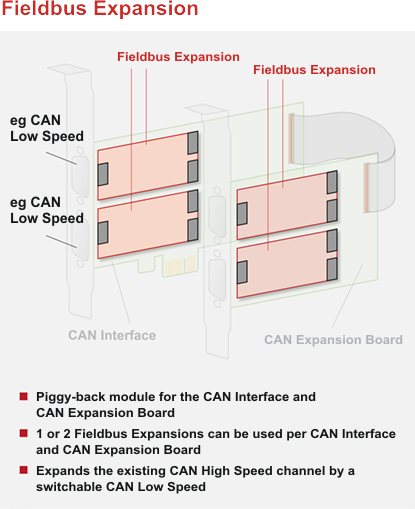 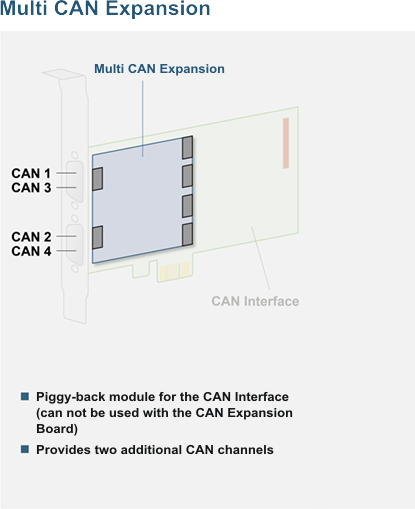 For applications in the automotive industry fieldbus expansions with CAN Low Speed interfaces are available. The CAN-IB100/PCIe is thus available for up to four CAN-bus channels and can be fitted with galvanic decoupled interfaces. Due to the high number of interfaces, the board is also suitable for demanding applications - such as test benches, handling systems or manufacturing plants. If necessary, the number of interface channels can be extended by using multiple cards within one PC. Ask us about the possibilities.

Furthermore, the modular architecture of the interface card enables the easy extension with customer specific interfaces via piggyback modules.

We would like to advise in finding the right combination of interface board and extensions possible to configure an optimal solution. Please request, without any obligation, about the possibilities.

Are you interested in the CAN-IB100/PCIe? Please request, without any obligation, for a quote. Would you like more information? Please send an email to or visit our contact page.
You can call us if you like, we can be reached at +31-40-2301.922. We are pleased to help you and do offer you practical advice and support.