Software package for the development of Windos-based J1939 Devices

The J1939 API is a programming interface that allows quick and easy development of J1939 applications on a PC with Windows operating system.
The programming interface of the API is based on the Ixxat VCI driver and is therefore available for all Ixxat PC CAN interfaces. Based on the J1939 protocol software from Ixxat, the SAE J1939 API allows complete simulation of J1939 applications on a PC. 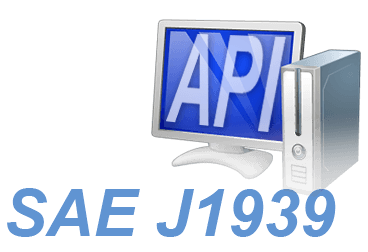 The API supports the implementation of several applications on one CAN interface, which can also communicated with each other. This allows simulation of complete J1939 networks on one PC and is therefore ideal for testing and commissioning J1939 control units. Via various interfaces, the languages C/C++ and Python are available to users for programming of application. Examples for C, C++ and Python are included in the scope of supply.

Parameters of a message (parameter groups) are interpreted by using a configuration file, which can be easily generated with the configuration program provided. This enables the definition of application-specific messages.

Are you interested in the J1939 API? Please request, without any obligation, for a quote. Would you like more information? Please send an email to or visit our contact page.
You can call us if you like, we can be reached at +31-40-2301.922. We are pleased to help you and do offer you practical advice and support.