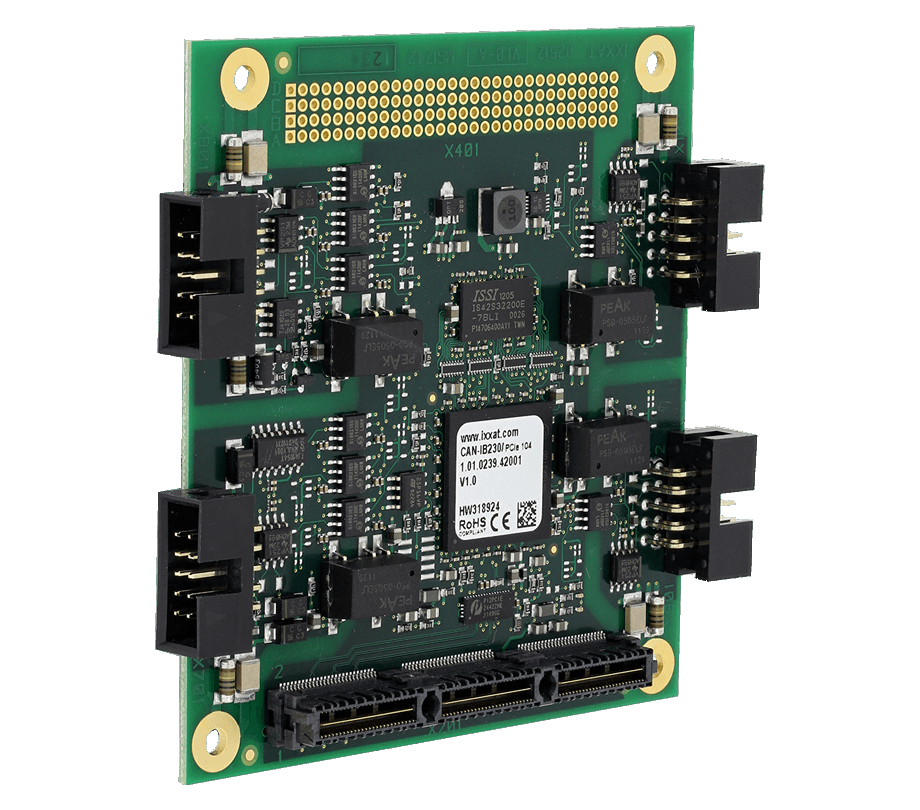 With its powerful 32 bit microcontroller system the CAN-IB230/PCIe 104 fulfills even high requirements in data pre-processing, like intelligent data handling and active filtering of the received and transmitted messages.

The CAN-IB230/PCIe 104 is available with up to four CAN channels and galvanic isolated interfaces. For use in the automotive field one high-speed CAN channel can optionally be switched to low-speed CAN via software. Furthermore, the card can be equipped with one LIN interface.

Are you interested in the CAN-IB230/PCIe 104? Please request, without any obligation, for a quote. Would you like more information? Please send an email to or visit our contact page.
You can call us if you like, we can be reached at +31-40-2301.922. We are pleased to help you and do offer you practical advice and support.