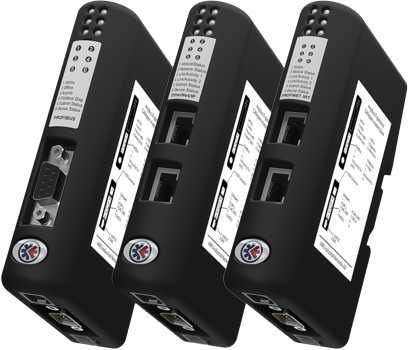 CAN data conversion with Siemens environments

CAN data conversion with Rockwell/ODVA environments

CAN data conversion with Modbus/Schneider environments

CAN data-conversion with other environments

The Anybus X-gateway CANopen Master is a series of network gateways, used to provide a seamless connection between a primary fieldbus/Ethernet network and a secondary CANopen sub-network. The gateway enables the master, e.g. a PLC or other Controller, of the fieldbus/Ethernet network to exchange data to and from the secondary CANopen sub-network. This makes it possible to integrate CANopen devices into almost any other PLC system and their supported networks.

The X-gateway CANopen combines simplicity and usability with industrial robustness, making communication across different industrial network types easy and reliable. The X-gateways are easily integrated into any kind of industrial automation system, ensuring a seamless information flow between CANopen and the primary fieldbus/Ethernet network.

The gateways transmit I/O data transparently between the two networks. I/O data from the primary fieldbus/Ethernet network is written into CANopen objects that can be mapped into CANopen PDOs or read via CANopen SDOs and vice versa.
The CANopen side acts as a full CANopen Master so including Network Management (NMT), Configuration management and Layer Setting Services (LSS). The Master is able to configure all nodes and start the communication without any other host controller on the CANopen side allowing to control CANopen slave devices from a primary high-level network.

Although developed to be a full CANopen master, the Anybus X-gateway CANopen can also act as a CANopen slave. This enables a gateways between and existing CANopen network, so already including an active CANopen Master, and the primary high-level network of your choice.

An essential part of the Anybus X-gateway CANopen package is the Anybus Configuration Manager, a Windows application. No programming skills are required; instead, a visual protocol description-system is used to configure the CANopen sub-network and to map data towards the primary network.

The Anybus Configuration Manager detects all installed nodes on your CANopen network. The software is for this purpose connected by a CAN-interface to the CANoopen network. A graphical overview displays all nodes together with their corresponding EDS files.
Thus ensuring that all the required data from all available CANopen nodes can actually be accessed from the primary network. 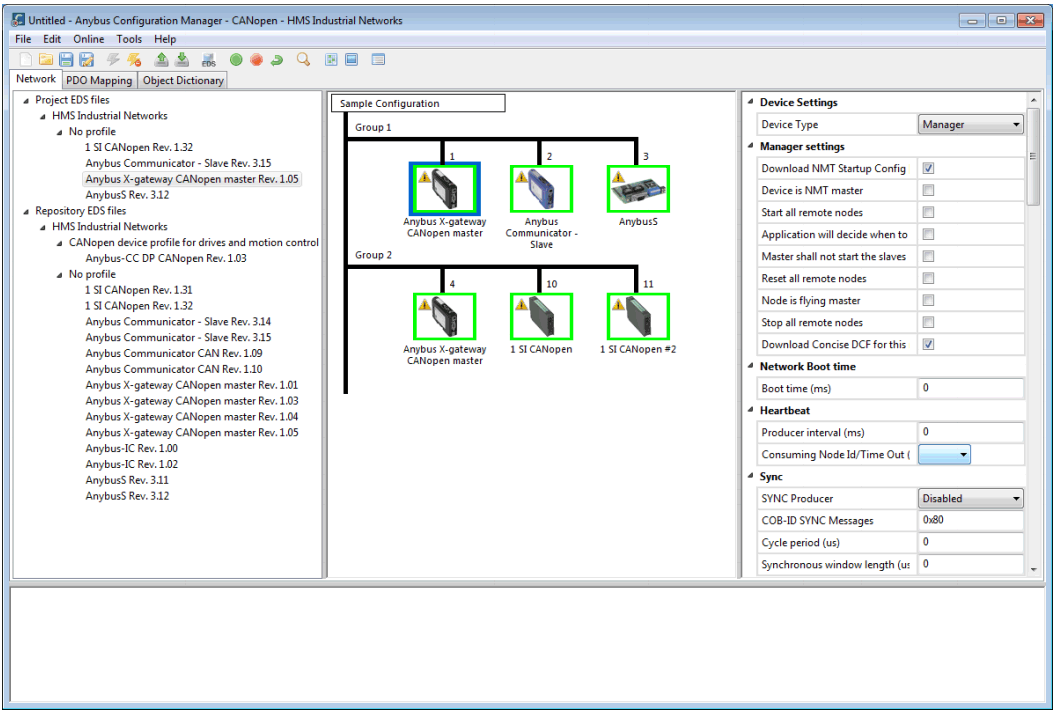