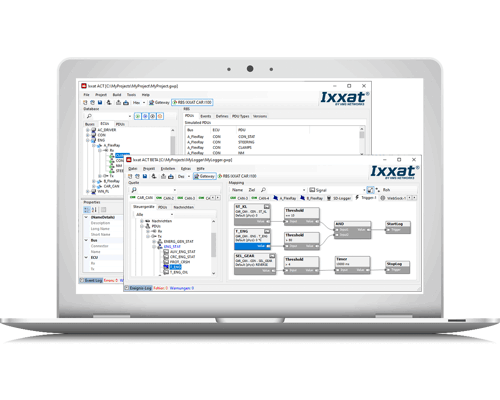 Automotive Configuration Tool (ACT) and the Embedded Platform provide the basis for a variety of inustrial and automotive solutions. The software is available in several bundles.

The Advanced Configuration Tool (ACT) is a powerful and easy to use PC software package for Windows. The tool is used to create configurations for the CANnector and FRC-EP devices. After having created such a configuration, it is downloaded to the device and being executed there standalone. The configuration then runs as run-time on the hardware. 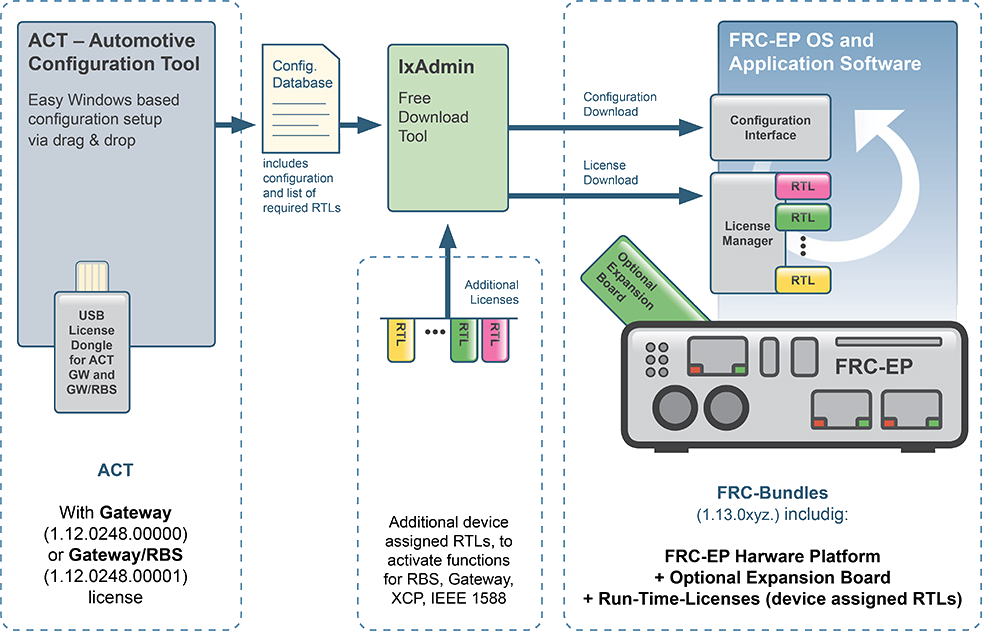 Automotive Configuration Tool (ACT) is modular in design and is available with the following composition in three bundles:

Detail overview of the available functions and modules: 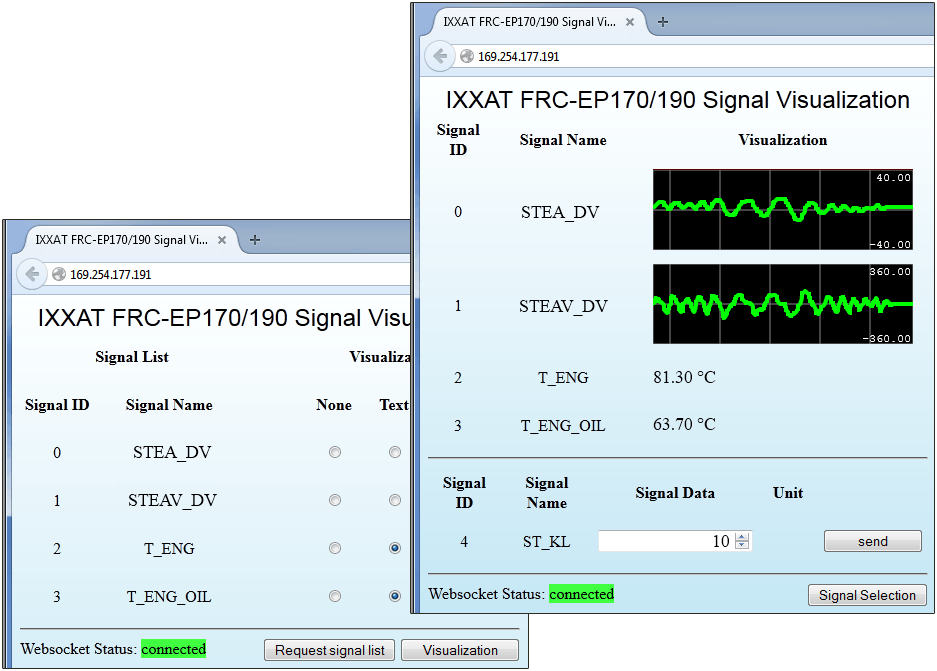 ACT allows for many different configurations, but of course does not offer all possible functionality. In that case, a configuration can be extended with its own C user code.
An Eclipse-based development environment is available for the development of your own applications. Using this development environment, user code can be created for the extension of an ACT solution or for completely separate applications. ACT generates a C user code template that contains all the API to connect functions to the rest of the system. This is supported by the integration into the ACT project, the handy editor, cross compiler, as well as a high-level language debugger. The developed applications can be run stand-alone or on the Ixxat embedded systems. 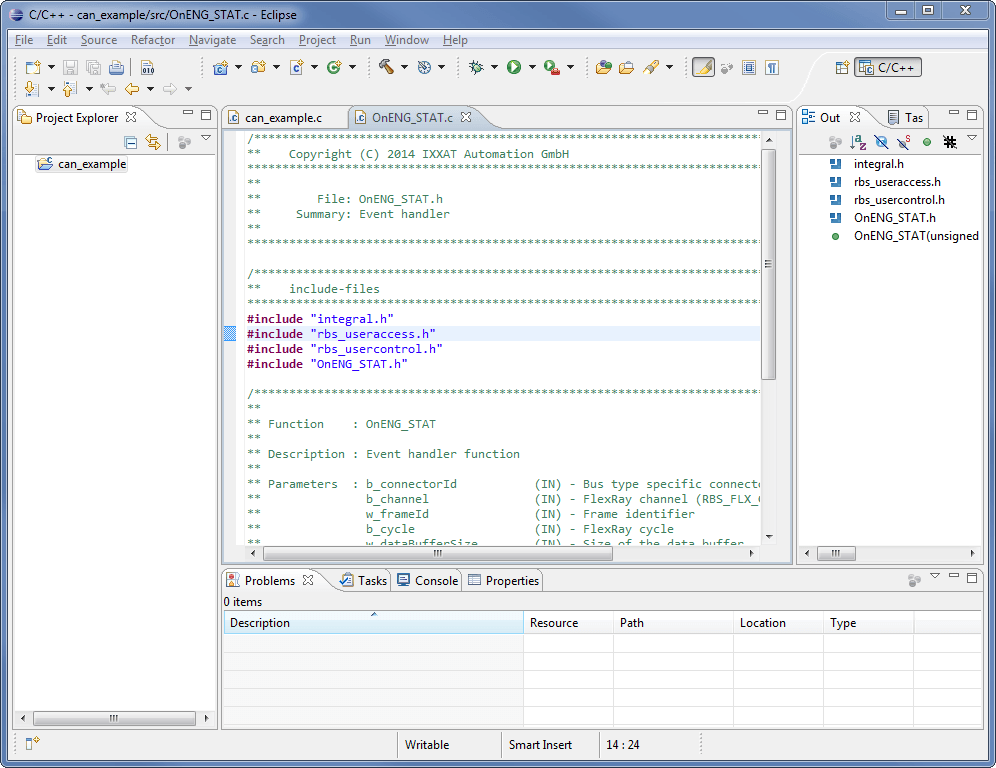 For some users, the development of C code is too complex or there are already finished models from other projects. The integration of these models is possible via an API based on the user code bus. Similar to the user code, a Matlab/Simulink model can then access the mapped signals/messages.