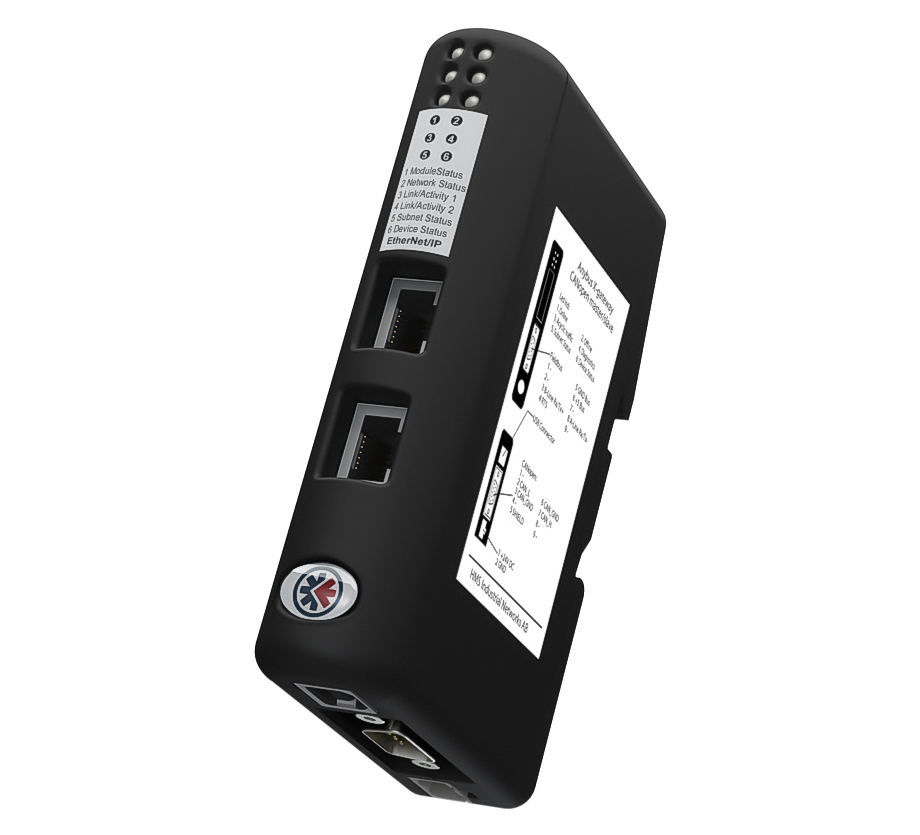 The X-gateway's primary function is fast transfer of cyclic I/O data between the EtherNet-IP and the CANopen network. I/O data from the PROFIBUS network is written into CANopen objects that can be mapped into CANopen PDOs and vice versa. The gateway acts as a full Master/Manager on the CANopen network and as a Slave on the EtherNet-IP network. The data transmission between the two networks is completely transparent with a maximum data capacity of 510 bytes in each direction

EtherNet-IP Adapter settings can be made either via on-board switches, or by importing the provided .EDS file into engineering tool of the controlling PLC.

Are you interested in the CANopen Master - EtherNet/IP gateway? Please request, without any obligation, for a quote. Would you like more information? Please send an email to or visit our contact page.
You can call us if you like, we can be reached at +31-40-2301.922. We are pleased to help you and do offer you practical advice and support.