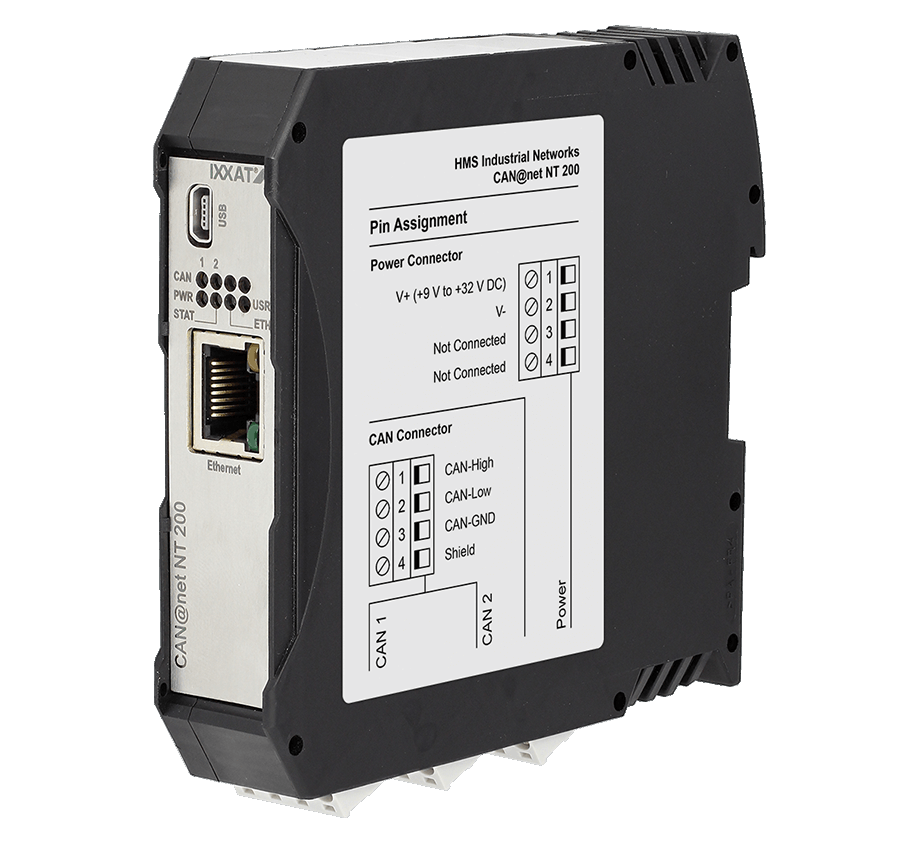 In gateway mode the CAN@net NT 200 can be directly accessed from e.g. Windows, Linux, VxWorks or QNX based systems as well as from embedded systems, by using a simple ASCII protocol over a standard TCP/IP socket. As CAN-Ethernet Gateway, the CAN@net NT 200 offers simple, flexible access to two independent CAN systems via a LAN or via the Internet.

With the included VCI driver for Windows, the CAN@net NT can be operated like all Ixxat CAN PC interfaces. With the CAN@net NT, all VCI-based Ixxat tools, such as the canAnalyser, as well as customer-specific applications based on the VCI driver can be used. The VCI CAN driver offers the possibility to communicate with up to 128 CAN@net NT devices at the same time.

Using two CAN@net NT 200, a CAN-Ethernet-CAN bridge can be implemented linking two independent CAN channels on each side. This bridge allows the exchange of CAN messages between CAN systems via TCP/IP over large distances – using an existing Ethernet-based infrastructure. The segmentation also increases the reliability and stability of the overall system.

By using mapping tables the message reception/transmission is possible between all channels. With the aid of filter and conversion rules, CAN messages can be filtered or modified. With these mechanism, the bus load can be reduced in the individual networks by only sending messages which are of interest to the other network. For SAE J1939 applications a special mapping table is provided, adapted to the specific parameters.

In response to received messages, device or CAN bus status events, a variety of actions can be performed automatically, e.g. sending messages (CAN), changing device settings or switching device LEDs. Action rules are created through intuitive drop-down menus for events and actions within the Windows-based device configuration tool.

Whether device status or CAN data, the MQTT functionality of the CAN@net NT enables transmission of various information to the cloud – easily programmable using action rule lists. With free available broker services and APPs, e.g. status messages or system values can be easily transmitted to your smartphone or other devices.

Using an easy to operate Windows configuration tool, the CAN@net NT 200 can be configured and firmware updates can be performed via USB or Ethernet interface. With the tool, the configuration of filter, mapping or translation rules can be carried out very easily, without programming skills.

With the help of mapping tables, the exchange of messages between all channels can be configured very flexibly. Filter and conversion rules can be applied to the CAN messages. As a result, the bus load in the individual networks can be reduced since only relevant messages are transmitted to the other network. 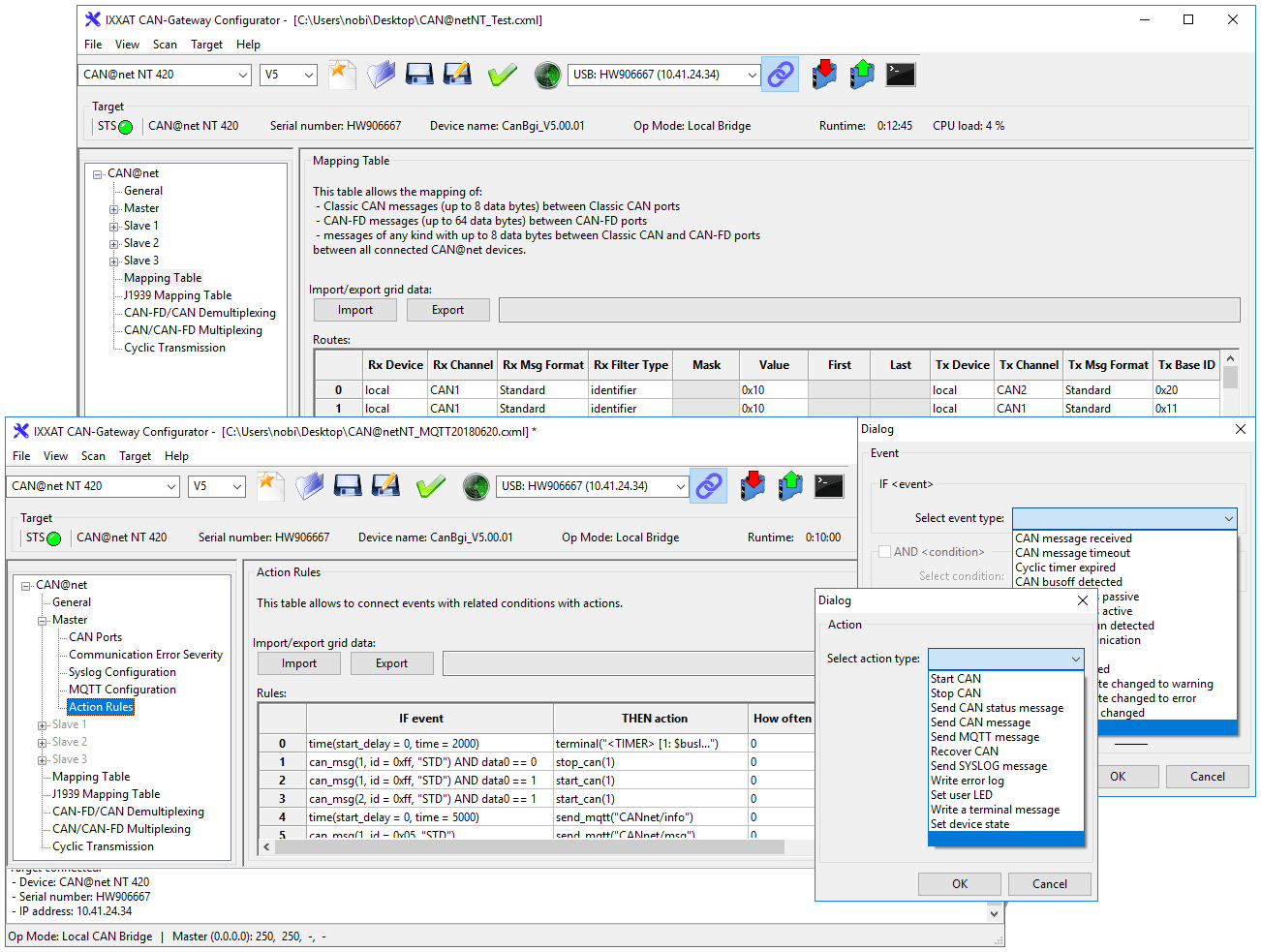 Are you interested in the CAN@Net NT 200, 2x CAN - Ethernet gateway? Please request, without any obligation, for a quote. Would you like more information? Please send an email to or visit our contact page.
You can call us if you like, we can be reached at +31-40-2301.922. We are pleased to help you and do offer you practical advice and support.