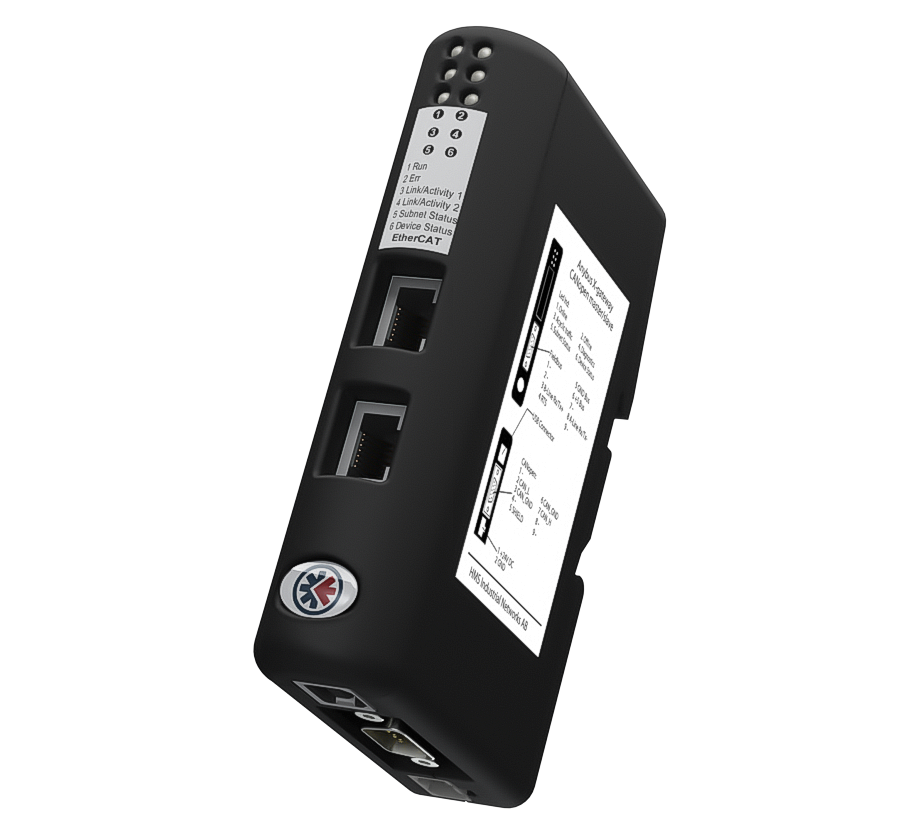 The X-gateway's primary function is fast transfer of cyclic I/O data between the EtherCAT and the CANopen network. I/O data from the PROFIBUS network is written into CANopen objects that can be mapped into CANopen PDOs and vice versa. The gateway acts as a full Master/Manager on the CANopen network and as a Slave on the EtherCAT network. The data transmission between the two networks is completely transparent with a maximum data capacity of 510 bytes in each direction

EtherCAT Slave settings can be made by importing the provided .XML file into engineering tool of the controlling PLC

Are you interested in the CANopen Master - EtherCAT gateway? Please request, without any obligation, for a quote. Would you like more information? Please send an email to or visit our contact page.
You can call us if you like, we can be reached at +31-40-2301.922. We are pleased to help you and do offer you practical advice and support.