Anybus CAN to CANopen data converter

Anybus Communicator CAN is a gateway and data converter enabling the exchange of data between a subnetwork, running CAN, and a CANopen network. This allows devices with a CAN port to be integrated into a CANopen network, without the need for hardware or software changes.
The gateway works as a CANopen slave for the primary network and as a standard CAN node for the second network

The Communicator performs an intelligent data conversion and presents CAN data to a PLC/Controller in the CANopen network as easy to process I/O data. With convenient configuration software basically every manufacturer-specific CAN data protocol can be exchanged to CANopen, or vice versa. 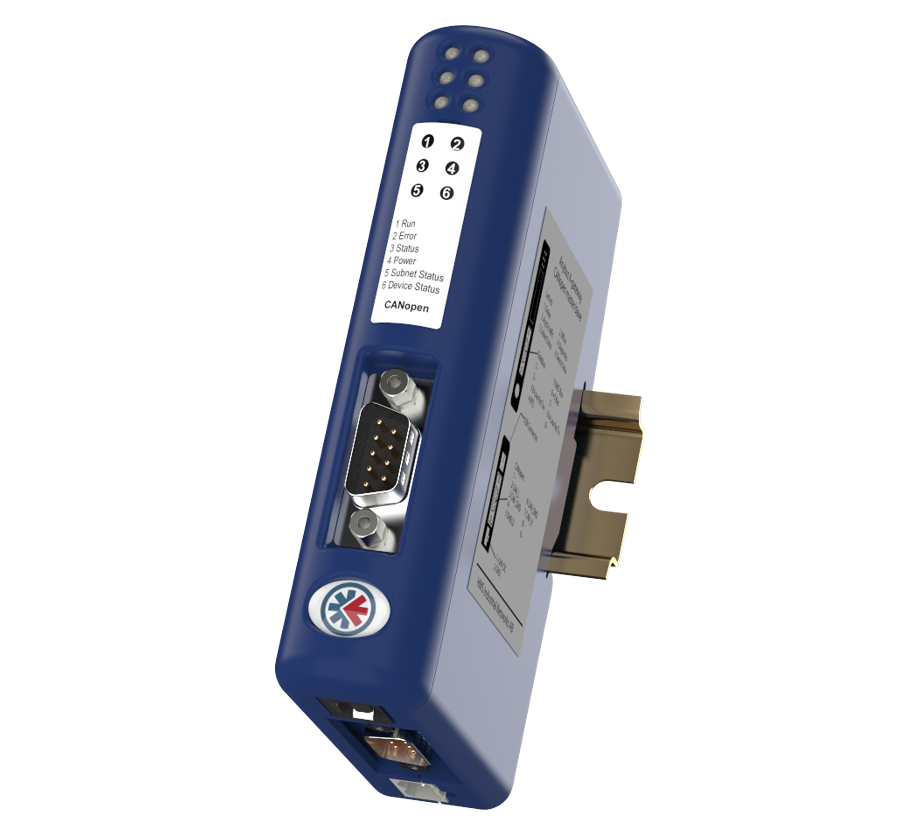 The Anybus Communicator maps data byte from CAN messages into I/O data in the CANopen network, and vice versa. This mapping is highly flexible and can contain an arbitrary set of CAN Id’s and data. CAN communication is supported both by both producer /consumer or request/response protocol schemes, who are configured with a flexible CAN frame building method.

All data between CANopen and the CAN network is transferred through an internal memory buffer inside the Communicator. This method of data exchange also permits CAN devices with slow communication to be integrated into high-speed CANopen networks without any restrictions. The Communicator appears as a standard I/O module on the CANopen side.

The mapping of data between CAN and CANopen is quickly set up in the Anybus Configuration Manager software, included with the Communicator CAN. No programming skills are needed to set up the Communicator.

Are you interested in the Communicator CAN - CANopen gateway? Please request, without any obligation, for a quote. Would you like more information? Please send an email to or visit our contact page.
You can call us if you like, we can be reached at +31-40-2301.922. We are pleased to help you and do offer you practical advice and support.