Software package for the development of embedded J1939 Devices 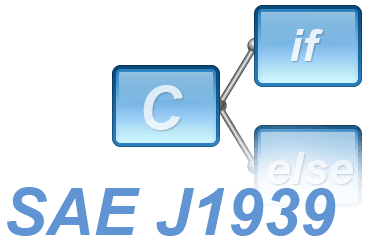 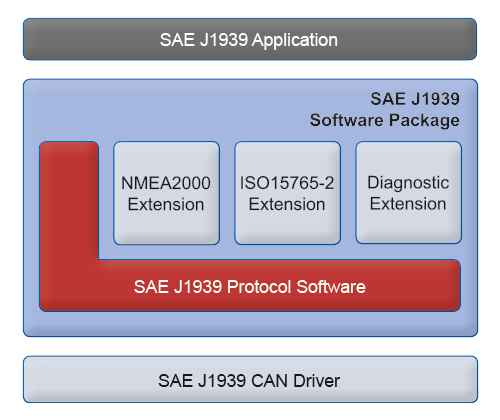 The SAE J1939 protocol software enables the quick and simple development of SAE J1939 devices. All communication mechanisms defined in the SAE J1939 specification (except for the bridge functionality) are available, which means that developers can fully concentrate on their application.

As the user interface is designed as a universal functional interface, the protocol software is simultaneously the basis for extensions such as Diagnostics (SAE J1939/73), NMEA 2000 or ISO 11783 (ISOBUS).

The J1939 protocol software is implemented in ANSI-C and is independent of the CAN controller, CPU and operating system (where available). It is adapted to the hardware via the CAN driver package, which is required in addition.
The user manual, API description and demo applications supplied allow a quick start-up of the SAE J1939 protocol software.

Versions of the J1939 Protocol Software

There are two versions of the SAE J1939 protocol software available:

The additional Ixxat J1939 CAN-driver is required for the use of one of the two versions of the J1939 protocol software.

The CAN Driver, which is required for operation, is not part of the delivery and must be ordered separate

Are you interested in the J1939 Protocol Software? Please request, without any obligation, for a quote. Would you like more information? Please send an email to or visit our contact page.
You can call us if you like, we can be reached at +31-40-2301.922. We are pleased to help you and do offer you practical advice and support.